I know, I like talking about my stuff a lot…but I collect some pretty interesting things, if I do say so myself. Especially Funko Pop! figures…guys, it’s not my fault. I went to Hot Topic while at the mall recently and had to go there because 1) there’s not one super close to me so I take my opportunities to peruse when I can and 2) I knew I had a $5 dollar reward from them expiring soon. I look at the wall of Funkos for like 7 minutes because I see Ezra, but I’m looking for Hera, and if they have one character from Star Wars Rebels in stock they’re bound to have another, right?! Finally, I had to ask an employee if they had any in back or if they had their entire stock pretty much out. At first, she made it seem like everything they had would be out, but then she had me describe the character I was looking for. “With the green things on her head? I’m pretty sure I’ve seen her before,”…she then got a ladder and looked behind the ones that were higher on the shelves. It reminded me of my retail days, that still aren’t very far behind me, when a customer would be looking for a DVD or CD and it wasn’t out on the floor but our system said we had in it stock; I was always determined to find it, even if that involved digging in the warehouse through boxes fellow employees never bothered putting out, for whatever reason. I digress; she did not find them on the shelves, but had told me she was almost certain she had seen the one I was looking for. A few minutes later, she came out with my little Hera and I was so happy. I went to check out, and of course the cashier has to tell me that the Funko Pops are all 3 for $30 (again, I’m familiar with this game). I politely declined, and asked him to look up my rewards that I had earned. “Actually, you have $10! Now you may as well get two more for the 3 for $3o,”. Damnit, he had me there. I was sold. Obviously I had to do it. See, I told you it wasn’t my fault! I was clearly swindled! (or easily swayed…)

I still need to go see Rogue One again, because apparently  “General Syndulla” is called upon over the intercom at some point. With that in mind, I happened to pick up a general, a princess, and then one very special woman who was both.

Oh wait, did I show you what I got for Christmas from people I love extremely dearly?! 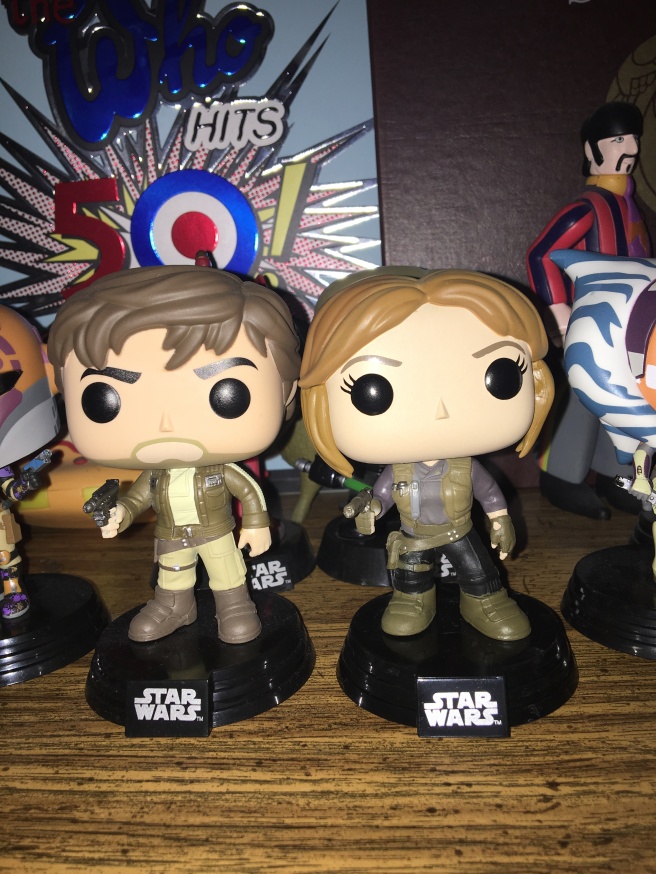 I already had the exclusive Target version of Cassian Andor, but now I have Jyn Erso. I adore them both. My little heroes!

Look at my little Rebels!!! I had to have Hera and Sabine together, but then I wanted to have Ahsoka with Hera as well; Hera was the only one to have contact with “Fulcrum” before she revealed herself to the rest of the Ghost crew. Also, they’re both my favorite fictional species: Torgrutas and Twi’leks are both gorgeous creatures.

Sorry not sorry for the blurry picture…they were in the middle of bobbling together; who am I to stop that?! Their beautiful lekku, bobbling in the air, as free as can be.

But, back to the original Star Wars Rebel:

I’m still mourning Carrie Fisher, so I just keep buying Princess Leia stuff. I was buying Star Wars Tsum Tsums for my niece to accompany these adorable Star Wars Little Golden Books I got for her at Barnes and Noble when I couldn’t help but add one for myself. I got the classic/original Princess Leia along with Han Solo for my niece, and the Empire Strikes Back edition, “Planet Hoth Leia” for myself.

Also, I got this Elite Jyn Erso figure like two days before I saw Rogue One (one of my very last employee purchases at my old job; I had to do it), and she looks so right with my darling Ahsoka:

Oh wait…I almost forgot about the princess I got! 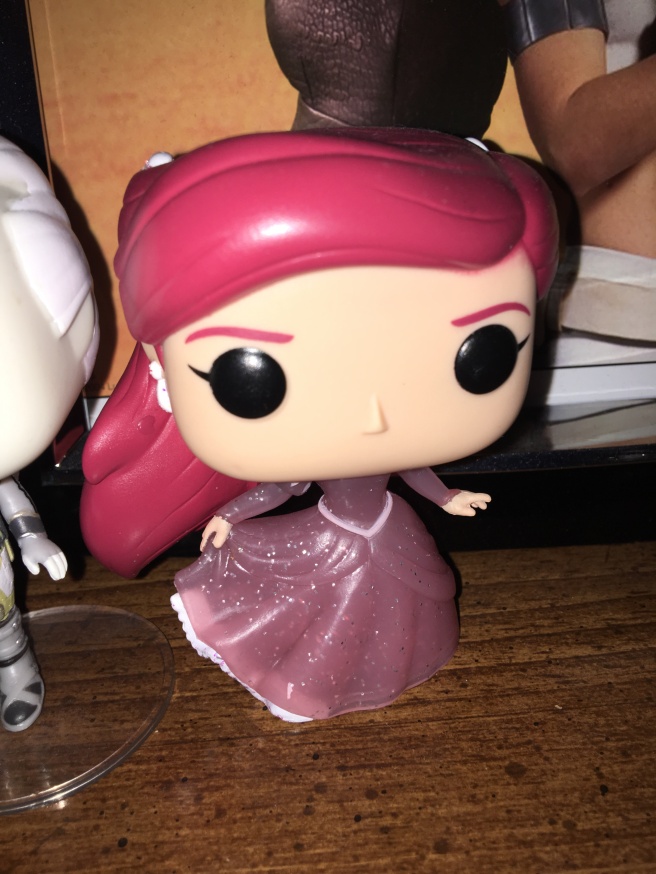 Here is the Hot Topic Exclusive glittery version of Ariel’s classic pink dinner dress! Ariel is my favorite princess, as I have mentioned before, so of course I had to get this exclusive of her. She’s my only Disney one; I’m still trying to keep my collection mostly Star Wars, but now I want more Disney characters to join her. For now, she resides by Jaylah (Star Trek Beyond) and Spider-Gwen.

Speaking of Ariel, I finally got to see the Broadway version of the Little Mermaid!! 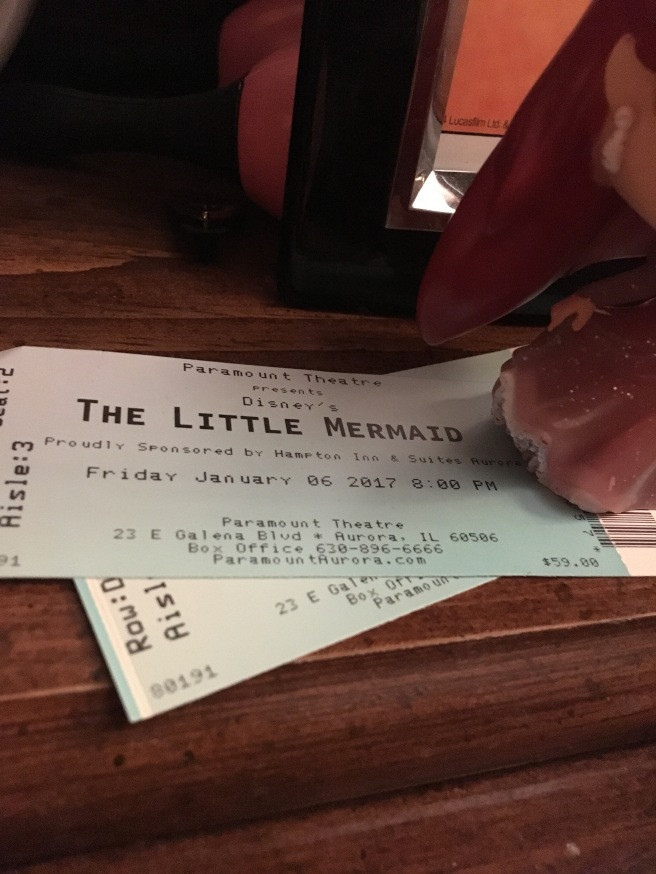 It was a gift to me from my boyfriend’s parents! And it was beautiful and phenomenal!! I’ve always loved Ariel’s sisters, and their 60’s-esque number “She’s in Love” blew me away. And singing and dancing Prince Eric?! He’s already been my favorite prince and my dream man, but somehow he just got more perfect!! I highly recommend this show!! Mostly to Disney and Little Mermaid fans, but it’s amazing whoever you are.

One thought on ““I’ve got gadgets and gizmos a plenty, I’ve got whozitz and whatzits galore””