It’s no secret that I’ve been in massive awe of Rey from The Force Awakens since it came out last December. I wasn’t prepared for how much I adore her, for how this new Star Wars character actually manages to rival my love for even the classic characters. She’s independent, strong, super badass, and still quite charming. I get chills every time she uses the Force to grab Luke’s lightsaber and duels with Kylo Ren. So naturally, I want to be like my idol as much as I possibly can, and the closest I can get to that is dressing like her. There were so many Rey cosplays when I wented to C2E2 in Chicago this past winter, which was amazing, and I just want to join them. However, while her main scavenger outfit is fun and beautiful, I’m much more in love with the outfit she wears at the end when she goes to find Luke:

Actually, I’m pretty sure I’ve talked about needing to emulate this look before, so clearly it’s something that needs to happen now. Since the movie came out, there have been costumes you can buy of her scavenger outfit that are pretty decent but nothing of this last look. I’m not skilled nearly enough to actually make this for myself…but someone else is:

Ever heard of Elhoffer Design, the amazing geek fashion company? You probably have seen her work if you follow geek culture closely; her work has been worn by so many at various conventions. She also has an Etsy shop that holds a dress inspired by this end-of-movie look of Rey’s that I desperately want. Just need to save up, because beautiful geek couture isn’t cheap (as it shouldn’t be; we as nerdy girls deserve nice, quality things!). But there’s one thing that isn’t readily available that I absolutely need as well: this beautiful rendition of Rey’s vest. There is a Kickstarter campaign for this vest and I encourage to support it if you’re like me and need this vest in your life not only for future conventions, but also daily life because it’s just that fabulous. But hurry, it’s got less than two weeks to reach its’ goal! 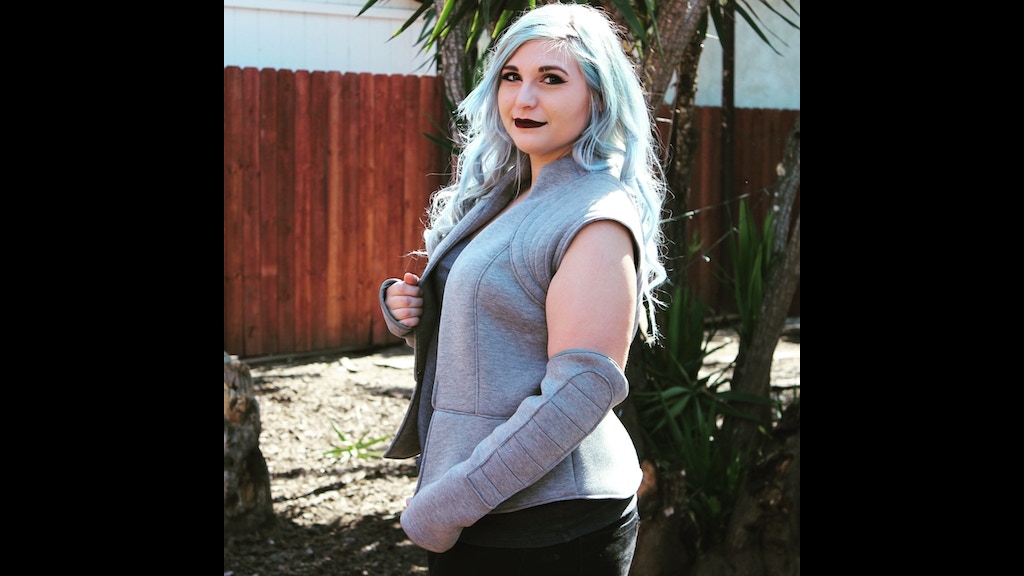