When I was little and first saw the original Star Wars trilogy, I was madly in love with Mark Hamill as Luke Skywalker. My love for my sweet Luke has never gone away, and it just got stronger the other day when Mark Hamill tweeted about the Rolling Stones: 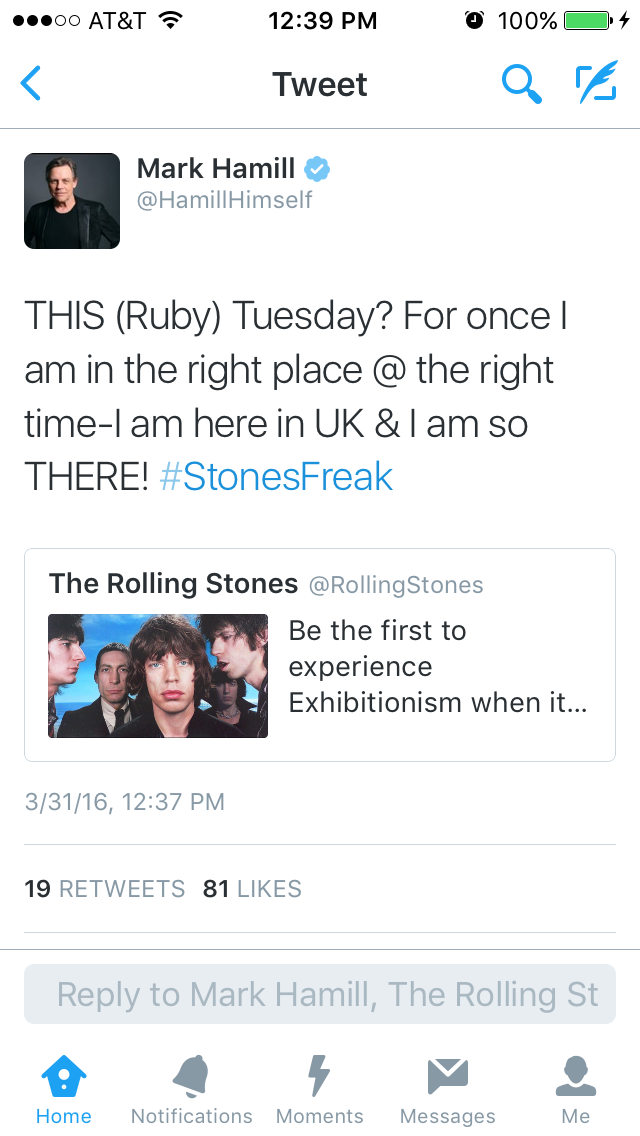 He was talking about being in the UK and being able to see this Rolling Stones exhibit…the best part of is that he said “#StonesFreak”, which means he is obsessed with the Rolling Stones, like me!

Just when I thought he couldn’t be more beautiful, he tweeted about the Beatles later that day: 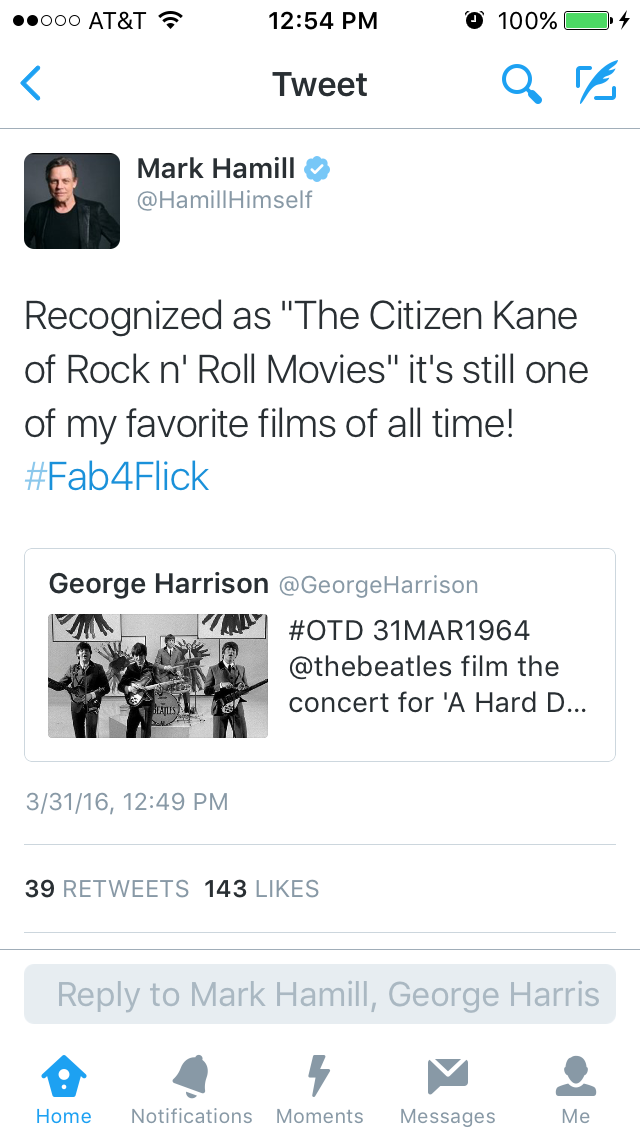 He was referring to the classic Beatles film A Hard Day’s Night! It’s one of his all time favorites?! A beautiful, lightsaber-wielding Jedi who loves the Rolling Stones and the Beatles?!?!

Oh, Mark Hamill…let’s go back in time and get married. Cool? Cool.