As you may have picked up by now, most of the music I listen to comes from the 1950’s to the 1990’s, with 2000’s and some more modern stuff mixed in there. Because I listen to mostly rock stations that play within my taste range, I seldom here new things. But when I randomly find new artists/songs, it is quite a joy. Especially my latest find: Halsey, and her debut album: Badlands.

Evidently this album came out back in September…alas, it is new to me! I discovered Halsey on Facebook because people had been sharing this YouTube video somebody made focusing on Harley Quinn and what we have seen of her so far in the trailers for the upcoming Suicide Squad. I don’t even know much about Harley Quinn but I’m excited for it; she looks pretty cool. This is the video that led me to Halsey:

I was instantly in love with this song and kept watching this video to hear it. I eventually typed in the lyrics on Google and found who was behind this enchanting song. I found the CD at work (I work at a largely known electronics store that luckily sells CD’s for my happiness. Okay, not solely for that, but whatever), bought it, had “Castle” on repeat but eventually I listened to the other songs on the album. 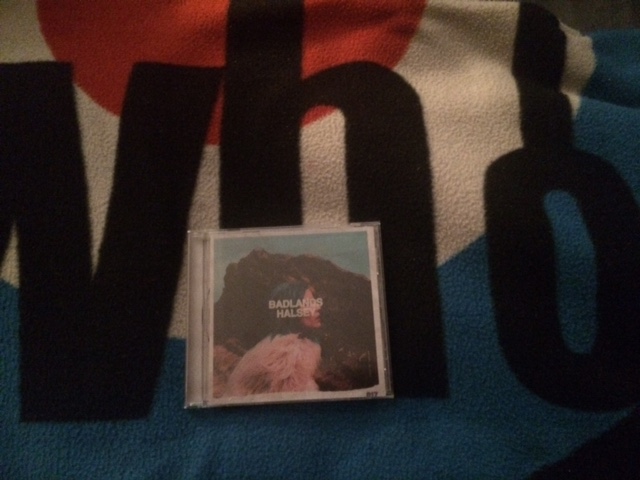 I do love it, but none of the other songs hit me the way “Castle” does. It was definitely worth buying, though! It’s all a lovely collection of pop laced with an electric alternative vibe. Plus, she just has an amazing voice.

Recently she dedicated her song “Hold Me Down” to Kesha, who was recently denied permission to discontinue working for Sony with the man who raped and abused her. And that….that just makes me angry. I won’t say anything else about it, I’ll get too upset. And yes, I like Kesha; “Timber” in particular. But anyway, isn’t that cool and supportive of Halsey?! “It’s the devil that’s trying to hold me down,”. It’s definitely an anthem of strength.

“New Americana” and “Colors” are some of my favorites…I like more than a few lyrics in “Colors” in particular:

“You’re only happy when your sorry head is filled with dope; I hope you make it to the day you’re 28 years old.” I don’t know for sure, but I’m thinking she’s referencing the age of 27, the year many rock stars have died at. If so, I like it. It’s dark but potent.

I like that set too, and she kinda speaks that one but it’s lovely.

Actually I can’t get forget my favorite “New Americana” lyrics: “what kind of bubblegum have you been blowing lately?”

It’s all good, honestly. She is awesome, and look at her hair: 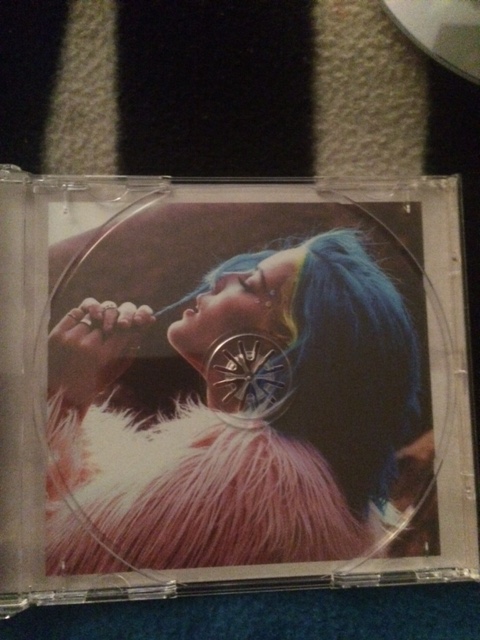 And this is her first album. It’s an extremely impressive debut, and I’m so happy my comic book loving friends passed that Harley Quinn video around. I also heard it just the other day in a TV trailer for the new Huntsman movie, but 1) they edit the song in a stupid way 2) I’m guessing that movie doesn’t even deserve to be associated with this song because the first one was just bland.

“I’m heading straight for the castle, they got the Kingdom locked up…and there’s an old man sitting on the floor there saying I should probably keep my pretty mouth shut.”

Also…figured that the lyrics for this song relate to my latest Star Wars art purchase, so check it out:

“I’m heading straight for the castle, they want to make me their Queen,” 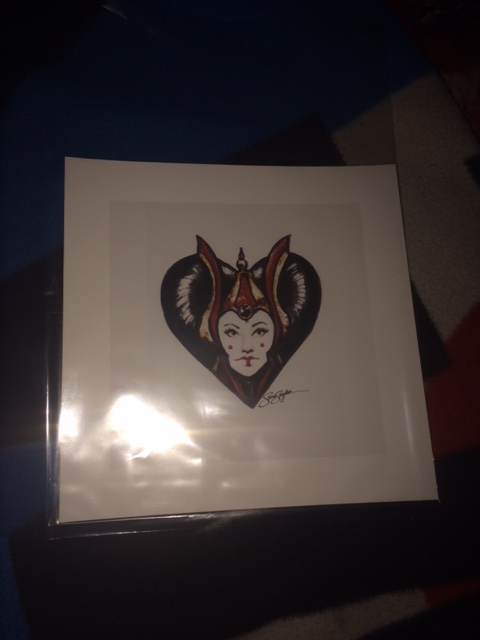 Queen Amidala!! I love it so much; this artist is amazing. I found her on Instagram and she just does beautiful stuff.

“If you want to break these walls down, you’re gonna get bruised”…okay, last lyric from “Castle”. I love it, it’s such an amazing song.