I’ve watched Rogue One 4 times this week, and sobbed every time. I love it so much. The special features on the Blu-Ray combo pack are pretty awesome as well, although I wish there was a directors’ and/or cast commentary on the film…oh well. I’ll just keep watching it as it is and crying at the tragedy and beauty of it all. And yes, of course I got a special edition…I originally wasn’t terribly impressed with the exclusives offered by Target, Wal Mart, or Best Buy, but…my boyfriend happened to surprise me with the Best Buy Exclusive Steelbook combo pack! The only reason I didn’t preorder that one myself was because I had decided I wanted to have Jyn, Cassian, Bohdi, Chirrut, and Baze, basically my main bae heroes, on my cover….meanwhile, the steelbook has the Death Troopers on the front. Don’t get me wrong, they’re super cool, but…they’re kinda evil? But they’re also walking through the water on the beaches of Scarif so that’s kinda beautiful enough to make up for their evilness. Also, regular stormtroopers are on the back cover also walking through the water, and I’m just so fond of that particular image. It’s oddly glorious to me:

In addition to my Rogue One addiction, Star Wars Celebration has been happening since Thursday in Orlando, Florida, and I have tried to keep up with most of the panels by watching them stream live on YouTube or later when I can. And of course the panels are also making me emotional, especially when they mention our beloved Carrie Fisher. If you haven’t seen this already, here is the tribute video they played for her when Celebration began this week:

Just beautiful…yes, yes this also made me sob.

Yesterday, they continued to honor Carrie Fisher’s legacy in Star Wars by showing the path that her Princess Leia led for the future of women in this franchise in the Heroines Panel. It such a magical panel…first, they had a sizzle reel of all of the heroines of Star Wars:

I highly recommend watching the entire panel if you’re as obsessed with these powerful ladies as I am!

I think the main point of the panel, though, was to promote a new series of animated shorts called Star Wars: Forces of Destiny focusing on Rey, Leia, Jyn Erso, Sabrine Wren, Padme, and of course AHSOKA TANO!!!

In addition to these shorts, they are releasing these “adventure dolls”, which are basically action figure Barbies. They’re fantastic and I need them and I’m sad I didn’t have these as a kid. But hey, little girls now will finally have badass Barbie-like dolls that are heroines! Also, seeing Daisy Ridley (Rey), Ashley Eckstein (my darling Ahsoka Tano), and Tiya Sircar (Sabine Wren) react to their new adventure dolls was just beautiful: (And yes, I took these from various Instagram stories/various official Disney/Star Wars accounts on there)

Also they all look absolutely fabulous and beautiful but I’m particularly in love with Tiya’s darling outfit. She’s always quite stylish, though. AS THEY ALL ARE!

Speaking of my beautiful idols, I finally revamped one of my walls…it was tough to take down my ginormous The Breakfast Club and mini Pee Wee’s Big Adventure posters, but I’ve had them up at least since I was like…8? They’re still in my favorites but it was simply time for a change. I still have them; I want to use them in the future when I have my own house, perhaps for a massive movie theater room. Anyway, look at my new mini-mermaid mural:

Are you surprised I’ve centered my mermaid mural with Ahsoka, or rather, Mersoka by Lorna-ka, one of my favorite artists?! If you know how obsessed with Ahsoka I am, you’re probably not surprised at all. But she is joined by other mermaids!

On the left, the first smaller print is of Belle, Aurora, and Rapunzel as mermaids, and the print underneath is classic mermaid, my favorite mermaid and princess, Ariel! Oh, and she’s being held by my favorite prince/her true love, Eric. I purchased those two on Etsy by the lovely Elisa Garcia Bonilla/Aasilee, and naturally I have other pieces by her already on my walls.

On the right of Mersoka, I have a beautiful mother and daughter mermaid set also from Etsy. Becuase Ahsoka is facing this way, I wanted her to face her dear old friend, Padme. Underneath Padme, I have her glorious daughter Leia. Guys, I can’t get it to show in pictures but up close they both have golden sparkly accents! Because Aleigh Watford is awesome! She has so many original mermaids on there but naturally I had to start with her Star Wars mermaids.

So, underneath my mermaid mural…I just have more Star Wars!

I had talked about needing this art before, and now it’s mine!! Everyone looks so beautiful and perfect. I especially love this version of Ahsoka; I saw on Twitter that this artist hasn’t even watched Clone Wars or Rebels but simply loved the way Ahsoka looks. How could she not?! But anyway, I just love this artist’s style. Jealous? Get your own by Mariana Avila right here!

And this I’ve wanted this since  before Rogue One even came out! Being in love with both Oscar Isaac and Diego Luna, and being Latina/Hispanic myself (yes, I consider myself both), this piece means so much to me. It’s aptly titled Latinos in Space! and it’s also by Mariana Avila!

Being a woman and being Latina, both of these pieces mean so much to me, and it’s honestly so inspiring and heartwarming to look at them every day now. 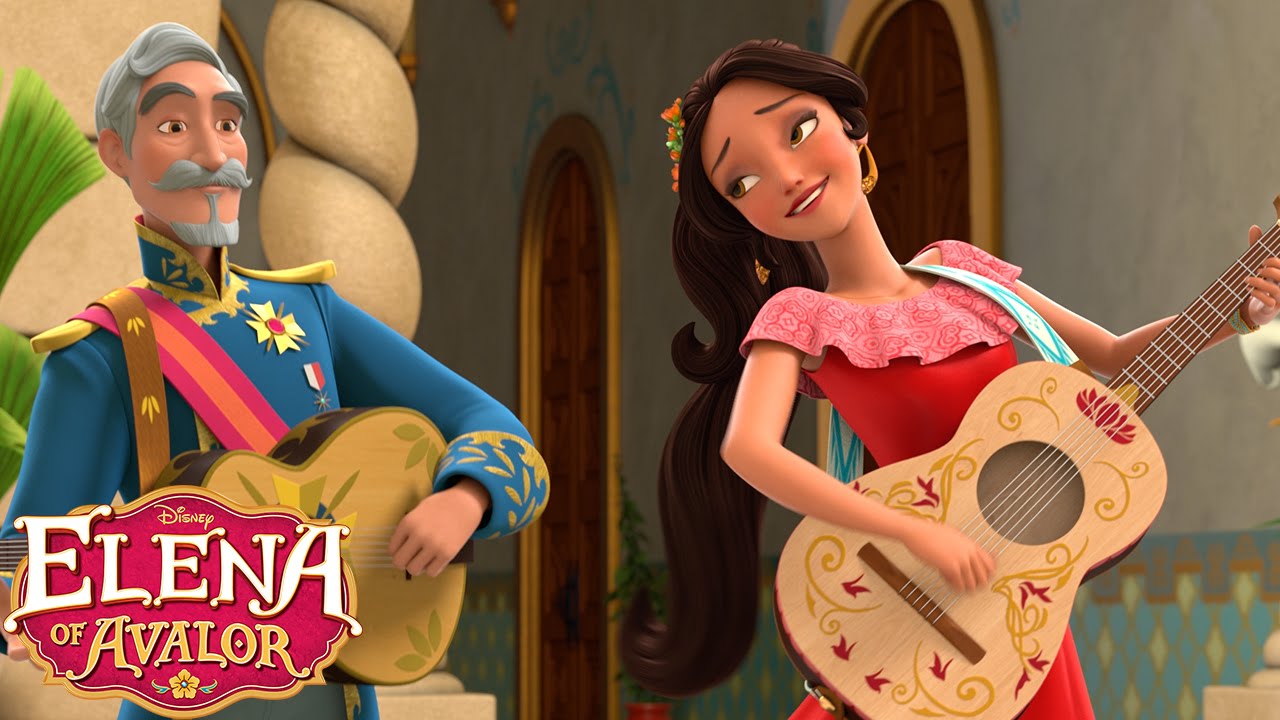